In 1952, Sheldon became an independent school district. The only school at that time was the Alamo School with only eight grades. In 1954, a Houston investor named Cortes Ewing (C. E.) King donated a 54- acre tract that became the site of the original C. E. King Junior-Senior High School, now King Middle School.

In 1955, the school was partially destroyed by fire. But in that same year, the first graduating class walked across the stage with 11 graduates in a district of 609 students. In 1965 the Junior-Senior High School was renamed C. E. King Junior High School with 493 students in attendance and the new C. E. King High School opened its doors. It was built to house approximately 1,294 students in grades 6 through 8. This building has been added to 8 times with the most current attention being additional space for girls' athletics.

In 1970, a building addition was completed, the JH Crenshaw Memorial Stadium was constructed between C. E. King Jr. High and C. E. King High School in 1971, and an auditorium was added in 1973. In 1978, classroom additions were made to the main building and the annex. Other additions such as a gym, field house and wellness center were added in the late 1980s and early 1990s. In 1999, an administrative addition was completed, a two-story addition in 2002 and the plaza cafeteria in 2003. The original Parkway Elementary opened next door to the high school on 10 acres donated to the district by the Parkway Subdivision in 1972. That campus later closed, became the KHS Annex, and it is still utilized. The facility also houses our KASE Academy program which is the King Academy for Student Excellence. This program provides an alternative for the non-traditional high school students to obtain their high school diploma.

(Taken from his obituary)

“Cortez Ewing King, builder and developer of King Center, Lake Jackson and Clifton Parks, died October 25, 1957 at the age of 59. King had been in ill health several years but his condition worsened two days before his death.

“Born in Breckenridge, Missouri in 1898, he entered the real estate world in Kansas. His first development was a 200-unit housing project near Hutchinson, Kansas in 1929. He was in the general contracting business in Kansas from 1932-1938 when he moved to Houston. His office was originally at the corner of Lawndale Avenue and Wayside Drive but later moved to Dennis Avenue.

“King owned several apartment buildings and had extensive land holdings on the northeast side of Houston in addition to his developments. He was widely known in city political circles, generally preferring to stay as much in the background as possible but sometimes supporting some mayoral candidates with cash. King supported City Councilman Louis Welch in his 1952 mayoral race against Roy Hoffheinz, who was also known as a fighter against public housing in early post-war days. King constructed a block of low cost apartments on the city’s North Side to show how private enterprise could do the job.

“King was honored in 1953 as Builder of the Year by the Houston Home Builders Assoc. Up to then he had built a small subdivision, Sylvan Dells, as a starter and then added the 200-unit Southwayd Park Addition, Houston Country Club Place, the Clinton Park community which is a Negro project with 553 units, rental units in Freeport and Texas City, the 1650-home South Park Addition and other projects.

“Last September Johnny Mitchell, a Houston oil operator, signed an option to purchase a $2 million tract of land owned by King near Lake Houston. County Judge Bob Casey praised King as ‘one of Houston’s outstanding citizens. His loss is going to be felt deeply.’ Casey pointed to King’s gift of half of the Lake Houston parkway right-of-way and other right-of-way gifts through the years. The city and county had never had to condemn or purchase land owned by King for right-of-way purposes, he said.”

“Surviving were his wife, the former Juanita Bradford who he married in 1920 in St. Joseph, MO; three sons, Robert V. King, W. J. King and James E. King; three daughters, and four grandchildren. He is buried in the Forest Park Cemetery.

“In 1954, King purchased land in Sheldon and donated the 54-acre tract on which the high school and middle school are built.”

(from the subdivision's historical archives)

"Cortez Ewing King, builder and developer, began his life in Caldwell County, MO. By age 30, he was in the real estate business and built a 200-unit housing project near Hutchinson, KS. About 1939, at age 42, he had moved to Houston where his office was at Wayside and Lawndale. One of his first projects was the development of Houston Country Club Place, situated on approximately 49 acres of land purchased from the E. F. Simms Estate. The development was to have originally included Simmswood but it is thought that WWII changed those plans.

"C. E. King's three brothers also came to Houston. Paul and Lila King lived at 1102 Fair Oaks for about the first five years of Houston Country Club Place. They participated in the early Civic Club Organization, holding office and hosting meetings in their home. As the new homes were built and sold, Frank Ogren served as Mr. King's real estate agent and contractor. Frank and Beatrice Ogren lived at 6427 Brookside for some 10 years. They were also active in the early Civic Club.

"Other developments of Mr. King were Sylvan Dells, Southmayd Park, Clinton Park, and the 1,650 homes in South Park Addition. Also, he owned several apartment buildings and had extensive land holdings on the northeast side, 54 acres of which he donated to the Sheldon Independent School District (C. E. King Junior and Senior High Schools) and additional land which he donated for the Lake Houston Parkway, part of which is now called C. E. King Parkway.

"He was well known in political circles usually preferring to stay in the background, but in 1952 he financially backed City Councilman Louie Welch against Roy Hofheinz. In 1953, Mr. King was honored by the Houston Home Builders Association as Builder of the Year. He was a Mason and member of the Episcopal Church.

"C. E. King died October 25, 1957, at age 60 in his home at 2012 Rice Boulevard across from Rice University. He left his wife Juanita, three sons, and four grandchildren. Some of the pallbearers and honorary pallbearers mentioned were Dan Moody, Judge Bob Casey, Captains Bill Parker, Jr. and Sr., Frank Ogren, and Ben Kaplan.

Please contact Virginia Hancock at 713-921-7529 or [email protected] about this column. 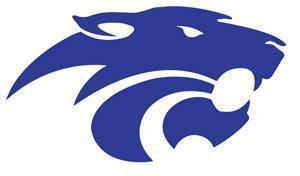